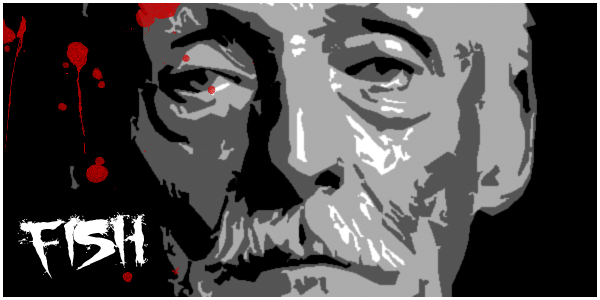 Born Hamilton Fish, in 1870, America's most notorious 20th-century cannibal was the product of a respected family living in Washington, D.C. A closer examination, however, reveals at least seven relatives with sever mental disorders in the two generations preceding Fish's birth, including two members of the family who died in institutions. Fish was five years old when his father died, and his mother placed him in an orphanage while she worked to support herself. Records describe young Fish as a problem child who "ran away every Saturday," persistently wetting the bed until his eleventh year. Graduating from public school at age 15, he began to call himself "Albert," discarding the hated first name, which led classmates to tease him, calling him "Ham and Eggs."

As an adult, Fish worked odd jobs, making his way across country as an itinerant house painter and decorator. In 1898 he married a woman nine years his junior fathering six children before his wife ran away with a boarder named John Straube, in January 1917. She came back once, with Straube in tow, and Fish took her back on the condition that she send her lover away. Later, he discovered that his wife was keeping Straube in the attic, and she departed after a stormy argument, never to return.

By his own account, Fish committed his first murder in 1910, killing a man in Wilmington, Delaware, but his children marked the obvious change in Fish's behavior from the date of his wife's first departure. Apparently subject to hallucinations, he would shake his fist at the sky and repeatedly scream, "I am Christ!" Obsessed with sin, sacrifice, and atonement through pain, Fish encouraged his children and their friends to paddle him until his buttocks bled. On his own, he inserted numerous needles in his groin, losing track of some as they sank out of sight. (A prison X-ray revealed at least 29 separate needles, some eroded with time to mere fragments.) On other occasions, Fish would soak cotton balls in alcohol, insert them in his anus, and set them on fire. Frustrated by agony when he began slipping needles under his own fingernails, Fish lamented, "If only pain were not so painful!"

Though never divorced from his first wife, Fish married three more time, enjoying a sex life which court psychiatrists would describe as one of "unparalleled perversity." (In jail, authorities compiled a list of eighteen sexual perversions practiced by Fish, including coprophagia - consumption of human excrement.) Tracing his sadomasochism back to the age of five of six, when he began to relish bare-bottom paddlings in the orphanage, Fish's obsession with pain was focused primarily on children. Ordered "by God" to castrate young boys, he impartially molested children of both sexes as he traveled around the country. Prosecutors confidently linked him with "at least 100" sexual attacks in 23 states, from New York to Wyoming, but Fish felt slighted by their estimate. "I have had children in every state," he declared, placing his own tally of victims closer to 400.

For all that, Fish was careless in his crimes, frequently losing jobs "because things about these children came out." Arrested eight times over the years, he served time for grand larceny, passing bad checks and violating parole or probation. Obscene letters were another of his passions, and Fish mailed of countless examples to strangers, their addresses obtained from matrimonial agencies or newspaper "lonely-hearts" columns.

In 1928, posing as "Mr. Howard," Fish befriended the Budd family in White Plains, New York. On June 3, while escorting 12-year-old Grace Budd to a mythical children's party, he took the child to an isolated cottage and there dismembered her body, saving several pieces for a stew which he consumed.

Two years later, with the Budd case still unsolved, Fish was confined to a psychiatric hospital for the first time. After two months of observation, he was discharged with a note reading: "Not insane; psychopathic personality; sexual type." In 1931, arresting Fish once more on a charge of mailing obscene letters, police found a well-used cat-o'-nine-tails in his room. He was released after two more weeks of observation in a psychiatric ward.

Compelled to gloat about his crimes, Fish sent the following letter to the Budd Family in 1934:

My dear Mrs. Budd,
In 1894 a friend of mine shipped as a deck hand on the Steamer Tacoma, Capt. John Davis. They sailed from San Francisco for Hong Kong China. On arriving there he and two others went ashore and got drunk. When they returned the boat was gone. At that time there was a famine in China. Meat of any kind of was from $1-3 Dollars a pound. So great was the suffering among the very poor that all children under 12 were sold to the Butchers to be cut up and sold for food in order to keep others from starving. A boy or a girl under 14 was not safe in the street. You could go to any shop and ask for steak-chops-or stew meat. Part of the naked body of a boy or a girl would be brought out and just what you wanted cut from it. A boy or girls behind which is the sweetest part of the body and sold as veal cutlet brought the highest price. John staid there so long he acquired a taste for human flesh. On his return to N.Y. he stole two boys one 7 and one 11. Took them to his home stripped them naked tied them in a closet. Then burned everything they had on. Several times every day and night he spanked them - tortured them - to make their meat good and tender. First he killed the 11-year- old boy, because he had the fattest ass and of course the most meat on it. Every part of his body was Cooked and eaten except head - bones and guts. He was Roasted in the over (all of his ass), boiled, broiled, fried, stewed. The little boy was next, went the same way. At that time, I was living at 409 E. 100 St. near - right side. He told me so often how good Human flesh was I made up my mind to taste it. On Sunday June the 3 - 1928 I called on you at 406 W 15 St. Brought you pot cheese - strawberries. We had lunch. Grace sat in my lap and kissed me. I made up my mind to eat her. On the pretense of taking her to a party. You said Yes she could go. I took her to an empty house in Westchester I had already picked out. When we got there, I told her to remain outside. She picked wildflowers. I went upstairs and stripped all my clothes off. I knew if I did not I would get her blood on them. When all was ready I went to the window and Called her. Then I hid in a closet until she was in the room. When she saw me all naked she began to cry and tried to run down stairs. I grabbed her and she said she would tell her mamma. First I stripped her naked. How did she kick - bite and scratch. I choked her to death, then cut her in small pieces so I could take my meat to my rooms, Cook and eat it. How sweet and tender her little ass was roasted in the oven. It took me 9 days to eat her entire body. I did not fuck her tho I could have had I wished. She died a virgin.

Traced by police through the letter, Fish readily confessed to other homicides, including children killed in 1919, 1927, and 1934. Included in his victims was Billy Gaffney, and Fish explains in detail what he did to the body:

I brought him to the Riker Ave. dumps. There is a house that stands alone, not far from where I took himI took the boy there. Stripped him naked and tied his hands and feet and gagged him with a piece of dirty rag I picked out of the dump. Then I burned his clothes. Threw his shoes in the dump. Then I walked back and took the trolley to 59 St. at 2 A.M. and walked from there home.
Next day about 2 P.M., I took tools, a good heavy cat-of-nine tails. Home made. Short handle. Cut one of my belts in half, slit these halves in six strips about 8 inches long. I whipped his bare behind till the blood ran from his legs. I cut off his ears -- nose --slit his mouth from ear to ear. Gouged out his eyes. He was dead then. I stuck the knife in his belly and held my mouth to his body and drank his blood.
I picked up four old potato sacks and gathered a pile of stones. Then I cut him up. I had a grip with me. I put his nose, ears and a few slices of his belly in the grip. Then I cut him through the middle of his body. Just below the belly button. Then through his legs about 2 inches below his behind. I put this in my grip with a lot of paper. I cut off the head -- feet -- arms-- hands and the legs below the knee. This I put in sacks weighed with stones, tied the ends and threw them into the pools of slimy water you will see all along the road going to North Beach.
I came home with my meat. I had the front of his body I liked best. His monkey and pee wees and a nice little fat behind to roast in the oven and eat. I made a stew out of his ears -- nose -- pieces of his face and belly. I put onions, carrots, turnips, celery, salt and pepper. It was good.
Then I split the cheeks of his behind open, cut off his monkey and pee wees and washed them first. I put strips of bacon on each cheek of his behind and put them in the oven. Then I picked 4 onions and when the meat had roasted about 1/4 hour, I poured about a pint of water over it for gravy and put in the onions. At frequent intervals I basted his behind with a wooden spoon. So the meat would be nice and juicy.
In about 2 hours, it was nice and brown, cooked through. I never ate any roast turkey that tasted half as good as his sweet fat little behind did. I ate every bit of the meat in about four days. His little monkey was a sweet as a nut, but his pee-wees I could not chew. Threw them in the toilet.

Authorities disagreed on his ultimate body-count, detectives listing at least three more victims in New York City. Arrested for questioning in one case, Fish had been released because he "looked so innocent." On another occasion, a trolley conductor identified Fish as the man he saw with a small, sobbing boy on the day of the child's disappearance. A court psychiatrist suspected Albert of at least five murders, with New York detective adding three more, and a justice of the New York Supreme Court was "reliably informed" of the killer's involvement in fifteen homicides.

At trial, the state was desperate to win a death penalty, overriding Fish's insanity defense with laughable psychiatric testimony. Speaking for the state, a battery of doctors declared, straight-faced, that "Coprophagia is a common sort of thing. We don't call people who do that mentally sick. A man who does that is socially perfectly all right. As far as his social status is concerned, he is supposed to be normal, because the State of New York Mental Hygiene Department also approves of that."

With Fish's rambling, obscene confessions in hand, the jury found him sane and guilty for premeditated murder. Sentenced to die, Fish was electrocuted at Sing Sing prison on January 16, 1936. It took two jolts before the chair, short-circuited by all the needles Fish had planted in his body, could complete its work. --Mark Fisher